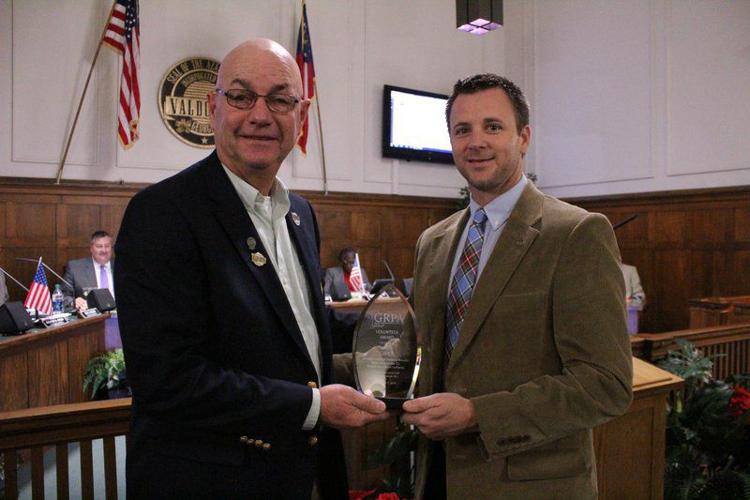 VALDOSTA — Councilman Andy Gibbs was presented with the Volunteer of the Year Award for Georgia Recreation and Parks Association Thursday night at a Valdosta City Council meeting.

Gibbs won the award based for his work with starting the Miracle League of Valdosta.

Gibbs had the vision for a Miracle League in 2004, even raising several thousand dollars for it, but it didn’t get started until 2014 with the help of George Page, executive director of the VLPRA, and Jeremy Davis, who has served as president of the Miracle League of Valdosta since its inception.

The league offers both adults and children with mental or physical disabilities the chance to play baseball in a league setting.

Games last about 45 minutes to an hour with every player batting and running the bases each inning. Players are assisted by (Read More)